The third episode is the most technical, but at the same time extremely important from the perspective of the entire grading process. We will discuss how to set up a colourist’s workstation, the monitor calibration process, and the proper preparation of colour correction materials. Successful completion of a project is impossible without doing all these things. We will also show you a case study involving two unorthodox grading projects!

Before a colourist can start working on the colours of video footage, it is very important to take into account its technical aspects. The workstation should be adjusted to the right parameters to make sure that your eyes and brain do not play tricks on you, and that colours are properly displayed on your monitor. Each project is also preceded by a conform process, which ensures that the project the project in question is properly composed, and that the colourist works on the proper timeline, and on the right shots.

In this episode, we will show you two rather unusual projects. The first one is one of this year’s largest VR productions in the world, titled “Wiktoria 1920”, created by Tomasz Dobosz (director), Marcin Magiera (DoP) and Mariusz Laszuk (Technical Operator). The unusual thing about this project is that not just the picture is colourized, but the entire space. The second project, which will serve as our case study, is a commercial for the Jazz brand, directed by Michał Misiński, with Mateusz Dziekoński’s cinematography. It was made using LED panels, which are gaining popularity as an alternative to green/blue screens, and even the whole set design. 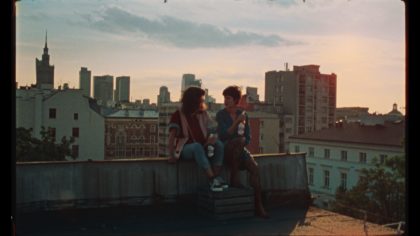